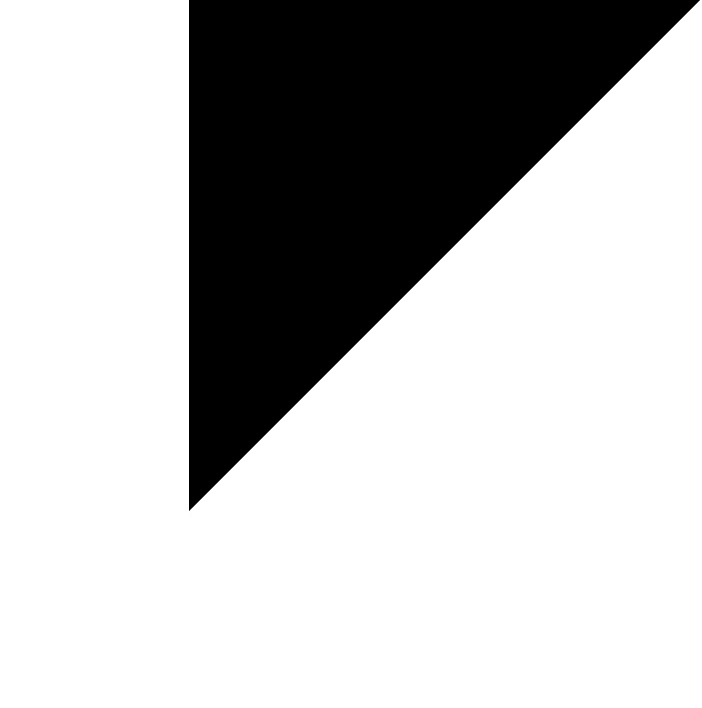 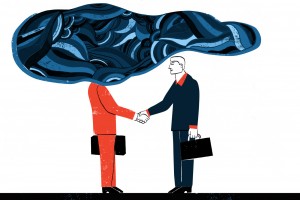 The last several years have brought nosebleed prices for works of art, auction records that seem to be broken almost as soon as they are made. With endless media coverage of $100 million Picassos and $50 million Jeff Koons sculptures, the general public is often left with the impression that art has not only been a great investment, it’s been the investment of late.
… Read more

I, too, have taken part in

Why I’m Worried About the Art World: Adam Lindemann on the Sizzle vs. the Steak
NY Observer, January 22, 2015 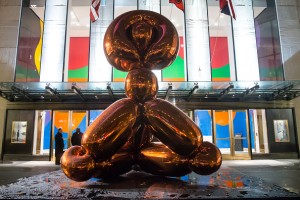 As the year begins, I’m troubled, worried, confused and concerned about the art world: Are we treading on thin ice, or can this bull market just charge along for over a decade? When was the last time the art market didn’t surprise and defy all logic? It’s up when it should be down and vice versa. 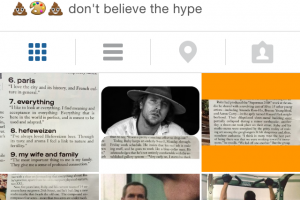 You might have heard that Instagram has taken over the art world. Yes, I’m on it, and I follow several people, not because I want to, but because I feel I have to. Everyone must follow artists like Richard Prince, Wade Guyton and Alex Israel, as well as all the sundry dealers, advisers and collectors trying desperately to be cool.

The number of people posting images on this silly… Read more 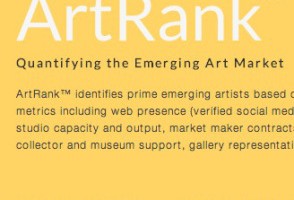 SellYouLater.com is the best art website to come along in some time. Since starting in early February, it has been rebranded as ArtRank.com, but the old name seems more appropriate. They rank artists as “buy” or “sell” based on a secret mathematical formula (don’t you love that!). They claim to use algorithms to identify “prime emerging artists based on qualitatively weighted metrics, including Web presence (verified social media accounts, inbound… Read more 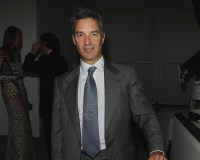 Last week, Daniel Loeb’s activist hedge fund, Third Point Partners, which weighs in at a hefty $15 billion, increased to 9.3 percent its share in Sotheby’s (aka BID) stock. Another activist fund, Marcato Capital Management, owns about 6 percent of the auction house, and billionaire Nelson Peltz of Trian Fund Management owns another 3, putting about 19 percent of the company shares in “hostile” hands.

Art’s Celebrity Obsession: How Many Movie Stars Does It Take to Make a Basquiat Record?
NY Observer, September 4, 2013 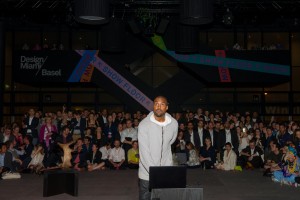 What’s the hottest thing in the art world today? Forget the artists and the famous dealers. Today, it’s the celebrities.

The art world has officially joined the rest of the world in a maniacal obsession with celebrity culture. Sure, Warhol did it long ago with his 1960s “screen tests” of Warren Beatty and Dylan, and by hosting the likes of Mick Jagger, Jackie O, her son John John and… Read more 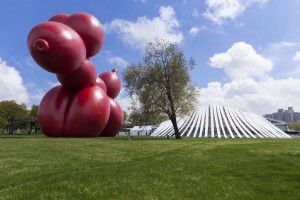 Is bigger art always better art? Certainly in the age of Instagram, anything monumental is hard to discredit; people are easily impressed and love to obsess over questions like “How did it get here, how was it made and how much does it cost?” Somehow they forget the basic questions: “What is it and why… Read more is it?” Wouldn’t you have expected that after the financial crisis of ’08-’09, we would 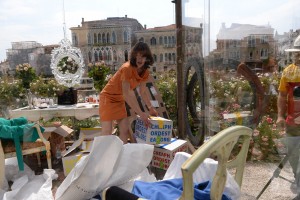 The opening of the 55th Venice Biennale two weeks ago was the third leg of a month-and-a-half-long art marathon that started with the young and fun Frieze New York in early May, followed by Art Basel Hong Kong, which I’ve called “the fortune cookie art fair,” and continuing on through the four-day Art Basel, Switzerland’s well-established mega-art fair (the one that motivates most dealers to finally pull out their good… Read more

Inside Out, Round and Round…: From Out-of-Whack Values to Artist Defections, This Art World Is Looking Topsy-Turvy
NY Observer, February 5, 2013 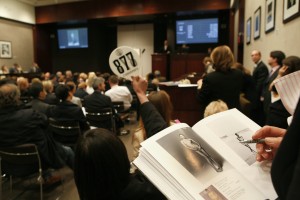 Hey, do you feel like the art world is upside down? In her disco standard “Upside Down,” Diana Ross sings about how her boyfriend is unfaithful, but she looks the other way because “no one makes me feel like you do.” Unlike Diana, I’m not comfortable when things are upside down, and I never look the other way. New year, new beginning, time to think about what doesn’t make sense.… Read more

A Visit to the Lalanne Show at Sotheby’s
November 7, 2013

Paul McCarthy at Hauser and Wirth downtown
May 18, 2013