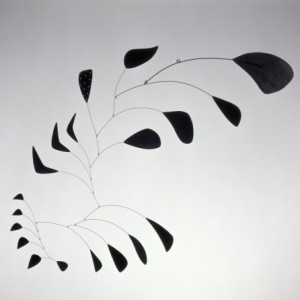 I spent almost a decade chasing the new new art but for the past year or two I’ve felt that there is less and less there there. What do I mean? I’d always sought to collect artists who were “emerging” or on the cusp of international renown, but in the postcrash, recessionary environment I’ve changed my outlook.

My serious art collecting started a little more than a decade ago, when as a newish collector I made my way over to the Warhol Foundation, following Warhol muse Baby Jane Holzer, to buy a few “leftover” pictures from the estate. In those days I was still very tight with my art wad, so I bought only two 1964 Jackies for $65,000 each. Today those very same Jackies sell for up to $850,000 each, though I sold them for half as much to pay for other things, and though in retrospect Warhol, Basquiat and Bacon were the best blue-chip buys of the past decade, I quickly moved to what was new, emerging and exciting.

Art for me was more than an investment. I craved the excitement and sex appeal of taking chances on newer talent and betting on my own eyes, not on those of more prudent dealers or auction experts. In 2002, Paris’s most charismatic dealer, Emmanuel Perrotin, reluctantly sold me a 20-foot masterpiece by Takashi Murakami titled Tan Tan Bo Puking, thinking I should buy a more domestic-size work. He was right, but I went for it anyway, and by the peak of the last cycle the same painting was worth a hundred times my investment, an inconceivable value for what had become a major contemporary masterpiece.

In those days the standard asking price for artists in their first show was only $10,000 to $15,000, and while that never felt cheap, in retrospect it was a great deal for those collectors willing to take chances and believe in emerging talent. Think about how many of those once “young” artists like Peter Doig, Glenn Brown and John Currin sell in the millions, while several others like Elizabeth Peyton or Urs Fischer make only half a million.

The appetite for buying the new is part art lust, and part speculation, and I was one of those who loved both the former and the latter. I was late to the game but I jumped in with both feet, and the timing was still good because there had never been a period in all of art history where art prices have escalated so fast and by so much. Today the ranks of “young art” addicts have multiplied and I’m sure more people than ever before buy far more art than they can hang, because they believe it’s a good financial bet, not just a good picture. Some like to shake their “old school” heads in disapproval, but it’s been great for art, though not always for art collectors, because higher prices for young artists means diminishing returns.

Will these success stories happen again? Some shooting stars still break through, like a Jacob Kassay that was $10,000 two years ago at Eleven Rivington, a little-known gallery, and that sold last May at auction for $290,500, but with few exceptions I see this phenomenon happening less and less.

In a postcrash art world I have less faith in market momentum and my instincts have driven me to buy historic older artists and works that are out of favor. So far this strategy hasn’t impressed anyone I’ve spoken to—in fact, art-savvy architect David Adjaye said he couldn’t believe that’s what I’m “up to.” Though it may not be sexy or make me popular, at least it makes sense, and it opens a whole new range of options for the contemporary art junkie. I don’t care if I disappoint those who ask “ … and what did you buy at Basel … ?!” when I name a work that sounds drier than a prune—it’s actually kind of fun. It feels good to collect outside of the buzz and the hype, and to take a contrarian view that is all your own.

I started with a Calder obsession, then I got caught up in John Chamberlain’s great work, though I flirted with the work of Larry Rivers, Haim Steinbach and an early Ashley Bickerton. But you can’t have it all, and most recently I’ve caught a Minimalist obsession that I just can’t shake. It started with a sudden desire to buy early Frank Stella paintings, particularly those shaped metallic canvasses from the 1960s, because they’re so cold and monumental. What of Donald Judd, I heard you say? Of all the undervalued Minimalists, he is the one who has received the most attention, and his work changes hands for much more than does that of his peers, but while I value Judd, his huge ego, his ambition and the fact that he left us Marfa, I’m drawn to Carl Andre.

Mr. Andre, one of Minimalism’s central figures, hasn’t had a retrospective in over 30 years, not because he isn’t fascinating and complex, but because a personal tragedy made him a political taboo for curators (I will not retell the all-too-often repeated story). But I’m drawn in by the dark myth of the man, and whereas I hate artists who are one-trick ponies (and who repeat themselves ad nauseum), in the case of Mr. Andre, monotony is part of the message, so I love the fact that he’s never changed his output. New Yorker art critic Peter Schjeldahl once aptly wrote in 1970 that Mr. Andre’s works look “as if each were…the last work of art in the world.” Mr. Andre’s stripped his expression down to the bare minimum with a purity of concept that makes him tougher and more rigorous than almost anyone else. He doesn’t have a studio, he doesn’t have assistants and he doesn’t mass produce or mass market. If you can’t afford the work, he won’t be tempting you to buy a print, or a poster or a pin. Fortunately, for most the work is still very affordable. The highest price ever paid at auction for an Andre from the ’60s is 25% of the price of the top Judd lot, and Mr. Andre still makes the same great work today that he did then. The work from the ’60s is rare and sells at a premium, and though admittedly I’d love to have an early work, I’m happy to buy a very recent work, because they are all part of the same original and unblemished concept.

Will things change? I’m confident they will, because there’s a new Andre monograph out from the publisher Phaidon and a sure-to-be-good retrospective scheduled at the Dia Foundation in 2013. But even if the market doesn’t wake up, the worst that can happen is that I’ll own a great work of art.

Everything Mr. Andre has done is well worth considering, but it’s the metal-plate floor pieces that demand my respect and fascination. Back in the late ’30s another innovator, Alexander Calder, changed art forever when he took organic metal shapes and hung them from the ceiling by thread, thus creating the mobile.

Mr. Andre made a similar quantum leap for art in creating sculpture that lies flat on the floor and can be walked on. These floor pieces take up no wall space, and they don’t fill up a single square foot of any room. They sit soberly and somberly on the floor, defying the logic of all art that came before. The material is plain metal, and whether it’s copper, zinc or “hot rolled steel,” the works are bereft of design, engraving or embellishment of any kind. With Mr. Andre there’s no image or color to make art easy by tickling the eyes. The works are only a quarter of an inch thick and offer no hooks for possible interpretation other than their dimension and the number of plates they comprise.

Am I preaching that collectors bring in the old and throw out the new? I’m too afraid that as time marches on I’ll be left behind, so I still follow the young ones and I try to be part of what’s happening. But living rooms that are full of contemporary hits like Wade Guyton, Kelley Walker and Dan Colen, or more seasoned ones like Christopher Wool, Richard Prince, Damien Hirst and Maurizio Cattelan, would be well served to consider some masters from the past. I think you’ll find they can still challenge the generations that came after them, because much of the new-old art is better than the same old new art.