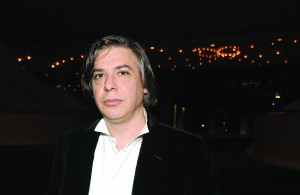 I was just in Paris, visiting a painting I had loaned to the wonderful Basquiat show at the Musee d’Art Moderne and marveling at the two-hour-long line to get into the show. The French love our American mythic pop figures–Elvis, Marilyn, James Dean–and you could feel how easily Jean-Michel, prodigy, addict and star, fit right in to their vision of America.

Basquiat sought fame and fortune from the very beginning of his career, eager to hang with Andy Warhol and dine nightly at the Odeon, where I would sometimes bump into him, earning me a nod, if that. He was tremendously prolific, creating more than 500 paintings in a brief career that ended in 1988 with his drug overdose at age 27. In Europe and here, his legend is at an all-time high, and his market has rocketed, making him probably the priciest painter to emerge from the 1980s.

Actually, the 1980s threw up an entire generation of superstar painters. But history has not been as kind to most of them. Many suffered through the late 1990s, after the art market crashed, and have yet to make a real comeback. They’re still working, but you don’t hear about them. Where is the excitement today surrounding the work of Ross Bleckner, Tim Rollins or Francesco Clemente? And he buzz isn’t deafening for big vintage names like Julian Schnabel, David Salle or Eric Fischl. Instead, a new crop of star painters, like Neo Rauch, John Currin and Elizabeth Peyton, ate their lunch, with million-dollar prices and all the fanfare. That prior generation hasn’t felt the warm spotlight in a long while.

So it’s interesting to see so much attention lavished now on George Condo, a contemporary of Basquiat’s. His show “Mental States” opened Jan. 26 at the New Museum. Both young, talented and extremely prolific, the two artists were friends and George, in his early years, was acclaimed as a genius, too. (The Museum of Modern Art owns his work but no Basquiat paintings.) But I don’t think George, unlike Basquiat, ever sought to be a art-world heavyweight champion; he wasn’t out to be a hero, and perhaps he wasn’t as focused on fame. Over the years, he’s been doing his own thing: paint, and paint, and paint some more.

The New Museum show is a great opportunity to get a full dose of George’s prodigious achievement, and also an occasion for some thought on why this 53-year-old painter is there in the first place, since he isn’t very young and he certainly isn’t very new. This beautiful but somewhat modest mid-career survey (full disclosure: I lent work to this one, too) makes me wonder why he didn’t get a show at the Whitney or the Guggenheim or even a little show at the Met? So now, I’m going to ask the real question: After all these years, why does it feel like George (and perhaps some other ’80s painters) is still not where he deserves to be?

His work itself is varied, but continues to revolve around a signature grotesque vision of the human figure. Imagine an artist who paints a beautiful woman and then gives her a freakish head, different-size eyeballs, a severe underbite and a smoldering cigarette. The many grotesque ghouls of Condo’s world show almost infinite variation, and style, from classic figurative all the way to abstraction, but they are always part of the same family. It’s the way people would look just before you go insane, or perhaps what they would look like after someone at a very strange party slipped them an absinthe cocktail.

The largely positive publicity surrounding the show has created some misunderstandings. In his eloquent 10-page New Yorker profile of George, Calvin Tomkins gives the impression that the artist has been living a grand life in a sumptuous Upper East Side townhouse. Funny, when I visited him only a year ago in the very same house, I found a narrow, rather modest, somewhat bohemian rental. Overall, the now-widespread notion that the great art boom of the last generation has been a seamless joy ride for “name” artists is wrong; interest in George’s work in particular has waxed and waned many times over. He’s even bounced around several galleries, thus creating the mistaken impression that his career has been inconsistent and chaotic. He’s been a bit of a journeyman. In an artist’s career, that can be a limitation. But in his case, it’s also part of his charm.

I see some artists as sprinters, and some as pole-vaulters or even shot-putters; I’ll call George a marathon runner. It’s not a glamorous sport and it takes a really long time, but there’s a lot of respect at the end, combined with some disbelief. Amid the miles, and years, he gives us something different, something strange. He’s created his own language, an unforgettable one. Last summer, he showed me, with some reserved enthusiasm, a new sculpture. Then, as we had a beer, I realized that he actually does look like one of the crazy faces he paints. When leaving, I noticed that everyone around me started to look freakish. Everyone started to look like a George Condo painting, including me.

At the opening dinner, George was joined by rap star Kanye West, for whom he just did an album cover. Maurizio Cattelan, Richard Prince, John Currin and even Cindy Sherman all came to pay homage. So, if the ’80s are still cold, why is George Condo hot today? The only good answer is the obvious answer: He’s on a roll, making his best works ever. Most art-world pundits will repeat the same old refrain about liking the “early work”; it’s always an easy thing to say, and they think it makes them sound safe and smart, but in this case they are dead wrong.

We live in a world of “winners” and “champions,” but perhaps our art world is a bit too consumed with competitive terms like “best” when, in fact, art and artists can create their own thread. They don’t need to be turned into blockbusters, and they don’t need to always win. Sometimes all you need to become great is just to keep painting.