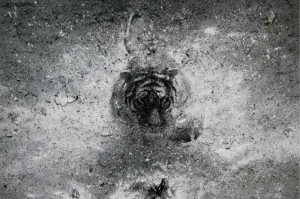 In December of 2008, sitting on an art collecting panel at Art Basel Miami Beach, I was asked what I thought of Chinese contemporary art. My sarcastic response was that I loved Chinese food, but when it came to art, it seemed to me that the market bubble had already burst. The month earlier, at the Christie’s auction of Asian art, 44 percent of the lots failed to sell and Chinese art sales for the year were down sharply at both Sotheby’s and Christie’s.

Fast-forward a year and half later and Chinese contemporary looks to be roaring back; the recent sales in Hong Kong this spring saw Sotheby’s make its highest gross there ever, $256 million. A painting by Liu Ye sold for $2.4 million, an auction record for the artist. A Zeng Fanzhi painting fetched $2.5 million, more than double its estimate, and that generous price put the work within 10 percent of its peak value during the boom two years ago. What’s more interesting for collectors is that six months prior, a similar picture could have been nabbed by the brave for little more than half that price. That same night, a fairly recent painting by Wang Guangyi, father of Chinese pop art, went for over $1 million against an estimate of $500,000 to $600,000-not bad for a painting that had sold in the primary market for half that price in 2007.

It’s a scene I’ve dismissed for years. But in April, a Zeng Fanzhi painting fetched $2.5 million. Last year, a similar work could have been nabbed by the brave for half that.

So, on a trip to Asia this month, I took advantage of my distance from home to have a look at a scene I’d admittedly dismissed for years.

Beijing itself was amazing. Much has been written already on China’s economic boom, as it’s one of historic proportions, fueled by an nationwide embrace of pure Machiavellian capitalism. A country bigger and potentially richer than all of Europe, the economy ignited only two decades ago. The contemporary art scene awakened 10 years later.

Nonetheless, the whole Chinese contemporary art world thing never really added up until I had a lengthy discussion with veteran art dealer Arne Glimcher, who was on his ninth trip to China and in the midst of opening a show of Zhang Huan in his magnificent 20,000-plus-square-foot Pace Beijing. The opening was packed. The scene: an unusual mix of European and American expats, some grungy artist types drinking the free Champagne and a number of Chinese tycoons flanked by powdered female companions. Zhang was showing a new series of ash paintings, images of tigers with their prey, made with the leftover ashes of incense burned in Buddhist prayer.

The tiger, in the Chinese Year of the Tiger, is a classic symbol of the past, which also tells the story of China today. This is the future, the most exciting place on earth, Arne Glimcher explained to me, and the greatest opportunity he’s ever seen, if one has the patience. He felt the market wasn’t quite there yet, but there could be no doubt it would be soon enough.

Later that evening, I was invited to visit the home studio of another painter, Zeng Fanzhi, who holds the record for the most expensive work at auction for a living Chinese artist. The $9.7 million paid for one of his eerie portraits of white-masked Egon Schiele-styled figures puts him up there with the highest prices paid for our artists, John Currin and Peter Doig.

I found that the Chinese art scene is a whole new world, with different rules and different norms. Artists like Zeng are prestigious celebrities, respected tycoons. Zeng’s studio had a parking lot with a few BMWs and a Bentley. Inside were several wealthy types smoking big cigars and listening to lite FM on a huge stereo. Although the wealthy Chinese visiting the studio told me they were not yet collecting, they were unanimous in telling me that they were ” thinking about it.” For now, for them, hanging out in Zeng’s studio, having tea or playing poker, was about status, not art.

The artist’s new paintings were beautiful scenes of bodies lying in beds of thorn, priced at more than $1 million a piece, and it was unclear (as if often is in Asia) if they were available directly from the studio or only through a gallery. The paintings reminded me of Marcel Duchamp’s amazing Etant Donnes…, and with the studio assistant translating, I asked Zeng if that’s what he was indeed referencing. What I learned was that our concepts of originality and reproduction don’t seem to matter much to the Chinese artist. Zeng looked at me, said, “Aha, Doo-Shaahmm,” and walked over to show me a Balthus he had acquired at last year’s Basel art fair.

The next day, I flew to Shanghai with a generous new friend, a Chinese real estate tycoon who owns an entire street next to the Bund, Shanghai’s beautiful waterfront. The views of Shanghai’s skyline from the Bund are otherworldly, skyscrapers so tall they recall sci-fi scenes from Flash Gordon comics. While Beijing had the Olympics, this spring Shanghai is host to the World’s Fair, or “Expo.” (Hillary Clinton was actually touring around the Expo at the same time I was, so the pavilions were jam-packed and you couldn’t get into any of them, except the one for North Korea, which was practically bare.) My Chinese host is planning on renovating his Beaux-Arts buildings adjacent to Expo to create both retail and residential space. But construction and restoration had been halted by the government until after the Expo, so the luxury shops and $4,000-per-square-foot river view apartments would have to wait.

A central building on the developer’s street had already been converted into the Rockbund Art Museum, featuring an exhibition created and curated by superstar Cai Guo-Qiang (one of the highest-priced Chinese artists and creator of the fireworks at the Beijing Olympics). The show featured a series of handmade aircraft hung from the ceiling, all crafted by Chinese peasants. In a separate space were a cloud of Chinese kites, fluttering in the breeze, with images of rural China and some of the aircraft’s creators projected on them.

The whole thing was very difficult for a New Yorker like me to comprehend, until a new writer for Artforum China filled me in on the subtext: Ninety percent of Chinese live outside the cities and are considered “peasants,” she explained; these flying machines were made by them without plans, without training and without tools or materials. Some of these actually flew, but one of them had blown up and tragically killed its creator. The key piece of the show was a large motorized flying saucer. In a video playing nearby, it was shown starting with a bang, spinning and whirling and then blowing a cylinder. The peasant/inventor, when asked how he intended to land the strange aircraft if he had succeeded in flying it, responded “I never thought about that.”

Herein was the message: The flying machines were a metaphor for China today, going up and up and up but never stopping to think where and how it will land. A more patriotic, “Expo-friendly” reading would say the art speaks of the indomitable creativity, courage and steadfast determination of the Chinese, and so everyone can find a thread in the show, both the government official and the government critic. Meanwhile, the real estate developer wins, too, showing the government that his company is creating good content for Shanghai tourism during the Expo.

In China, our art is foreign and so are our art stars. When the new super-rich Chinese increasingly look to collect art, they will proudly start buying classic paintings from their own artists, the group who broke out in the ’90s, now referred to as the “first generation.” Without a doubt, there will also be new talent that will emerge. Recent prices at auction in Hong Kong indicate that the Chinese contemporary art phenomenon isn’t a bubble, as I had once thought, but firmly a part of their history. The Chinese art scene is here to stay. They know it, even if some of us still don’t.