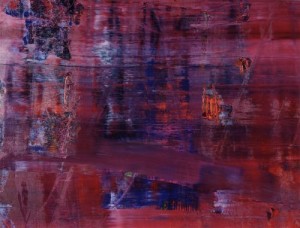 Last week’s outrageous auction results have left dealers and savvy collectors giddy, puzzled and mentally exhausted. A number of works soared to stupefying heights, defying the gravity of the euro crisis, the Middle East madness and the unexpected softening of gold prices. How and why, at times like these, can art values continue to peak, and Sotheby’s proudly report that it had the third-highest Contemporary sale results in its entire history?

Spending some quality rehash time with sophisticated dealers and collectors revealed that all is not as hunky dory as it appears, and that the market has bifurcated into two distinct price ranges: the items that sell for $4 million and below, and the stuff that brings out the Monopoly money.

Let’s start with the Monopoly money art. What is it? It’s the art that sells for prices that no one can imagine or understand, like two large abstract paintings by Gerhard Richter, one that made $21 million at Sotheby’s last Wednesday and another that capped out at the same sale at $18 million. Only a year ago a similar and perhaps better one fetched $10 million at auction, a price that seemed awfully high at the time, so how can it be that a 79-year-old artist’s work has doubled in a year of financial crisis? What makes these results even more strange is the rumor that these pictures had been on the market for a while, with no buyers anywhere near these levels. But let’s not forget the early and important black and white photorealist Richter painting that didn’t find any takers in the sale at Christie’s last Tuesday night. The photorealist paintings are the more significant and historic works from Mr. Richter’s oeuvre, and yet the historically “important” art found no buyer while the pretty, colorful abstractions sold for double their presale estimates.

Then there was the unusual case of the four rare and handsome Clyfford Stills sold by the artist’s estate to raise money for the Still museum in Denver, Colo. They all sold unbelievably well, but one of them made an outrageous $61 million that night, a number that astounded even the Sotheby’s experts; you could read it on their wide-eyed faces (see them on my website, www.adamlindemann.com). Only two or three years ago, Bob Mnuchin of L+M gallery offered me a similar large Still painting for $20-some million and I thought he was daft, but after these results, am I now supposed to believe that was a bargain?

Usually when a group of works by a single artist comes up for sale, you can expect to see some casualties, but in the cases of the Richters and the Stills, the auction house invested in the hype of promotion and marketing, and managed to create a feeding frenzy on the night of the sale.

During the Sotheby’s sale hundreds from the art handlers’ union protested raucously outside in Occupy Wall Street style, making the 1 percent (we rich people) feel really weird about the whole art-selling spectacle. But $20 million and $60 million prices are a phenomenon that can spark only among the 1 percent of the 1 percent—those who have seemingly infinite money to spend, and who seem to want to spend it mainly at auction, paying double what they would pay for the same artwork in a gallery. The “real” art market that transacts underneath these inflated, theatrical prices is often struggling and slow, and though things are still moving these days, there’s difficulty, and bargaining, and plenty of teeth grinding.

Drop down in price from the crazy-money pictures, and you’ll quickly find that most evening sale lots fall in the $3 million to $5 million range, and though a few outperform, for the most part works sell at the low end of their presale estimates. Far too often the “better,” “smarter” and more historical pieces are the ones that tend to underperform, while the flashy and commercial stuff finds the less sophisticated “bourgeois” audience, the people who like only pretty if inconsequential pictures. Take for example a historic though small 1964 Warhol Car Crash that was rumored to be mine. I watched as it was hammered down at its low estimate of $3.8 million while a decorative but otherwise inconsequential 1981 Warhol Mickey Mouse painting from the “Myths” series made a robust $3.5 million, about the same money one of Warhol’s fashiony Brigitte Bardot portraits would have made. The Car Crash is a piece of art history, but auction buyers aren’t the types to hang “Five Deaths” on their wall. For the same money, they’d rather put up a colorful Mickey Mouse or a big bold Warhol Dollar Sign, one of which went for $3.6 million that night.

Take the classic Charlie Ray glass sculpture that made a realistic $3.1 million, while Cady Noland’s Oozewald sculpture soared to $6.6 million. I don’t consider myself to be overly stupid, but the facts would seem to point to it: I was offered the same or a similar Noland piece a few months ago for $2.5 million, and I thought it was a joke. Cady Noland has become a hard-to-get, cultish, niche artist. She stopped making work years ago, she doesn’t allow visitors, and she’s supposedly borderline insane, but who cares? That type of result bears no relation to reality—but then again, perhaps auction results don’t have to.

A classic and historic 1999 Takashi Murakami DOB in the Strange Forest sculpture barely squeaked by at $2.7 million, but another work from this edition of three made $3.5 million in 2008, which even then was a disappointing result considering its alleged guarantee at a full $5 million: so some good works are definitely still on their way down right now. How about a large and important 1989 Richard Prince monochrome joke painting selling for only $2.7 million, when that same picture in a gallery would be quoted at a minimum of $3.5 million? Confusing as this may seem to the auction market onlookers, the art market has split, with the top, trendy lots selling for funny money, and the “value” pictures struggling in the backwash. You can often see the strong dealers step in to pick up the valuable casualties, but in this time of financial crisis, even the richest of them are nervous about what may or may not happen in the future, and they’ve become more and more conservative, usually dropping out above the $3 million level.

Am I predicting a market crash? Absolutely not. I’m a believer in art’s value, but I can’t help but sympathize with the protesters, though my personal protest is a little different: I think outlandish and irrational prices jilt the whole picture out of perspective because I know for a fact that there’s plenty of death and disaster in the market. Contrary to public perception it’s not all peaches and crème. Last week at auction we witnessed “La vie en rose,” a time when in a bad economy a single and beautiful Andreas Gursky photograph made $4.3 million, a world record for a photograph at auction, when for the same money I would have bought Jeff Koons’s iconic 1985 Two Ball Total Equilibrium Tank, even though it doesn’t decorate a living room wall. But quality doesn’t always sell well in this environment, and sometimes, as in the case of the 1960s photorealist Richter portrait, it doesn’t sell at all.

If last week the art market could speak, it would have cackled and then quoted the great Mark Twain by saying, “The rumors of my death have been greatly exaggerated.” But even putting those spectacular Monopoly money trades aside, the proof was still in the pudding; most of the artworks successfully found new homes at reasonable if not modestly bullish prices. So what’s my advice to those intrepid collectors like myself who are committed to moving forward? These days I’ll take my cue from the wisdom of old Ben Franklin, who once said: “Believe none of what you hear and half of what you see.”