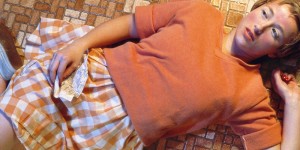 The unanimity bothers me; I wish someone would offer some counterpoint to the prevailing view, bring some fresh air into the dialogue. What’s the point of everyone saying the same thing? Do they really all like the same things or are they afraid to step out and say something different, even provocative? If I were an artist, I think I’d get suspicious if everyone in town chimed in about how wonderful I was.

There must be some valid reasons not to like something that everyone else likes—even the Cindy Sherman retrospective currently at the Museum of Modern Art, about which just about everyone was resoundingly positive, including this paper’s critic, Maika Pollack.

Before we take a look at the critics on the Sherman show, let’s get this out of the way: It’s a solid show, a chance to see decades of work and rethink the artist’s oeuvre; it’s a must-see grouping of more than 170 photographs spanning over 30 years of the artist’s career. For me, the show evokes the famous portraits of Marcel Duchamp dressed as his female alter-ego, Rrose Sélavy, who first appeared in the early 1920s in a series of photographs taken by Man Ray. One could argue that Ms. Sherman’s entire oeuvre (so far) is a complex elaboration of that single image of Duchamp’s. And what’s the matter with that? Can there ever be too much of a good thing? Well, yes, there can, so read on…

The show at MoMA is an important one, not least because MoMA has been criticized for not featuring enough female artists in its hallowed halls. Ms. Sherman survived the “Pictures generation” of the ’80s (no small feat) and today she’s at the top of her game. Her work has upended the way we see art history, the way men see women, the way women see themselves, the way we all see ourselves. But, among the critics, I hoped to find some dissenting opinions. And yet, as usual, unanimity reigns—with one exception, which we’ll get to. Here they are, four of New York’s top art critics in a 21 gun salute:

In his well-written review in The New Yorker, Peter Schjeldahl observes that “Hapless self-images are the ordinary stuff of comedy, but Sherman makes hard, scary truths sustainable as only great artists can.” He also tells us that Ms. Sherman is “the strongest and finest American artist of her time.” Well, she may be in Mr. Schjeldahl’s book but she’s certainly not in mine. I have so many other artists to chose from I don’t know where to begin: Jeff Koons, Richard Prince. Heck, I’m all for a Haim Steinbach retrospective, but everyone is entitled to their opinion: de gustibus et coloribus non disputandum.

In The New York Times, the paper’s co-chief art critic Roberta Smith writes powerfully and with authority, but it often sounds to me as though she’s scolding someone, either the curator or the artist or the reader: “If this show does not go all out for Ms. Sherman, it is still a gift, one that reminds us, when we especially need reminding, what it takes to be a great artist.”

Ms. Smith’s writing is undoubtedly good, but she is often a victim of her own formula. Her system is to masterfully describe the good points of a show and then follow with the “faults” of the curator or the artist. As her loyal reader I invariably am left on both sides of the fence. We all respond to a guilt trip (my mother used it as a weapon against me for years), but after a while it gets predictable—any pattern can get stale after a while. I’m not sure I need reminding about what it takes to be a great artist. (Are you only great when everyone agrees you are?)

Then I respectfully disagree with her one and only criticism of the show: “Basically, the Modern blinked. Ms. Sherman’s body of work could have easily handled the entire sixth floor, like the recent De Kooning retrospective, instead of just two-thirds.” To me, the show feels too big, at least in the format in which it is presented. It feels like so much of her work is hanging that the sheer weight of it wears me down.

Jerry Saltz, in New York magazine, has a far more personal style than Mr. Schjeldahl or Ms. Smith, whether you “like” him (on Facebook) or not. “For a decade I was cold on her art,” he writes. “The so-called ‘centerfolds’ … and the lurid scenes that followed struck me as pictorially dull. It was obvious noir, New Wave negativity, overconstructed self-consciousness, I thought; it oozed sleepwalking eighties hipness.” That’s really funny, because anyone who follows the art market knows that Ms. Sherman’s “centerfolds” are her single most successful body of work, the one most coveted by museums and collectors. Isn’t it funny that those are the images he trashes for being too hip? One of them (nicknamed the “Orange Girl”) sold for almost $4 million at auction last year, so perhaps it’s best not to hire Mr. Saltz as your art adviser.

It doesn’t come as much of a surprise that Mr. Saltz dislikes the “commercial” work (the “centerfolds”) and favors the least commercial work (the “sex pictures”). His method, generally, is to try and sound smart by liking what the market doesn’t. The funny thing in this case is that I agree with him. I like the ugly ones too. But, given a choice, I’ll stick with a centerfold image. In fact I was offered the “Orange Girl” a few years ago and every day I regret not buying it.

Linda Yablonsky, a freelancer who in the case of her piece on Cindy Sherman was writing for The Wall Street Journal, is a friendly and positive writer, and for this female artist her admiration knows no bounds: “Today Sherman’s photographs sell at the very top of the art market … The show should give her reason to feel invincible.” Well, that’s just not true. That $4 million achieved last year at auction—Ms. Sherman’s record—is not very high compared to what some of her male peers have achieved. As for calling Ms. Sherman a photographer, she is not one in a traditional sense. Though she uses a camera she’s rarely grouped into the Photography category at auction; she’s always been firmly inside what we call “Contemporary Art.” Given that, I’d argue that’s she’s still undervalued if indeed she’s as great as they all say she is. (For that matter, she’s overvalued if she’s not.) Her art market success is relative only to other female artists, not to her male peers who sell for up to three or four times her highest price.

Ms. Yablonsky leads the fan club when she writes: “With one marriage to video artist Michel Auder, and relationships with Steve Martin, Richard Prince, Robert Longo and David Byrne behind her, Sherman now lives alone with Frieda, a male parrot, in a splendid Manhattan duplex overlooking the Hudson River.” If any of you saw Guest of Cindy Sherman, the horrid 2008 documentary Paul Hasegawa-Overacker (known as “Paul H-O”) made about his long-term relationship with her—rent it if you’re feeling perverse—you would cease to be interested in her private life; like me, you’d still be trying to forget about it. As far as the tabloid relationships with movie stars, art stars and rock stars, I prefer the part of Ms. Yablonsky’s article where Ms. Sherman admits that these days she lives alone with her parrot, and I sympathize with her because when I got divorced I also lived with a parrot (thankfully my macaw, Baby, now lives at my mother’s house.)

As far as I can tell, only one critic, Bloomberg News’s Lance Esplund, has taken a stance against the show, and he didn’t just throw a monkey wrench at it, he went all out: “As in all of her self-portraits, the figures look down on us with vacuous, mocking stares that suggest that nothing, including Sherman’s art, should be taken very seriously.” Mr. Esplund’s review of course sparked an attack by the apple polishers on Jerry Saltz’s Facebook page, but that’s probably a good sign. I see Mr. Esplund’s point, but I don’t agree with him; to my mind, Ms. Sherman is without a doubt one of the best artists of our time. But in terms of her possible “greatness,” that I will reserve for only the best of the best. Even if I disagree with him, I applaud Mr. Esplund for sticking his neck out. What could be worse than a city where every art critic says the same thing?