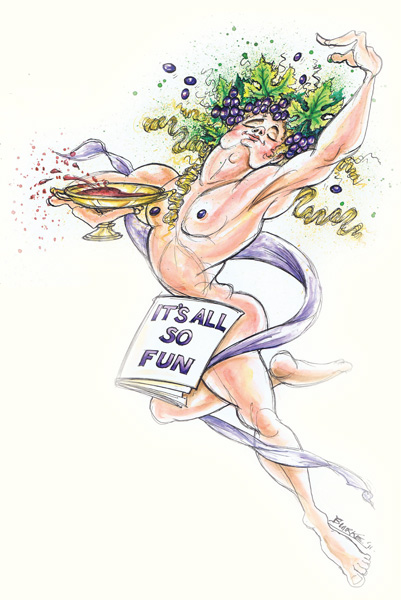 The art market today is once again rolling along with plenty of momentum, but so is the real estate market, the euro, the price of grain. The cost of crude oil is back over $100 a barrel and even the battered and bloody stock market has rallied. Commodity prices are strong across the board because people are hungry for hard assets, and gold has been on a roll, roaring from little more than $400 announce only six years ago to as much as$1,500 an ounce recently.

Regrettably, I’ve never been a “gold bug” and so never put money into buying it like investment gurus John Paulson and Tom Kaplan did two years ago. In fact, I’ve never bought an ounce of the stuff in my life. Nor could I bring myself to do so, because I don’t like it, or the fears, anxieties and irrational neuroses: global financial meltdown, hyperinflation, famine, nuclear meltdown, tsunami, Middle Eastern anarchy, that drive people to buy it.

I don’t even like the type of people who buy gold: they are the kind of calculating opportunists who are ready to profit from any bad news that hits my TV screen. Perhaps at home they also have a few priceless art gems, the kind of blue-chip treasures that were well researched, well bought and now well hung. But I can’t imagine them taking risky bets on emerging or oversized works, because gold investors want to play it safe.

Still, buying art is all about knowledge and feel and, since its value is subjective, you must ultimately have faith in your own eyes, whereas to value gold you just weigh it. It trades every minute of every day so no one will be taking advantage of your naiveté as long as you have a set of scales. It’s just easier to stick to gold because it’s shiny, mindless and cold, and because every ounce is minted to an identical weight and shape.

However, the value of art and the price of gold have more in common than most people think. Art prices and expectations remain strong for many of the same emotional and irrational reasons that gold is so popular today: fear creates a hunger for hard and tangible assets, so am I a fool for thinking that art can actually be a better investment than gold?

Though gold underpinned currencies in the past, it hasn’t done so for decades. There is no rational reason why gold has any value other than its one legitimate use: jewelry. People still like to have their jewelry and watches made of gold, but this is but a fraction of the overall demand for the metal –the real price of gold is set by speculators. To make matters worse, consider two disturbing factors: first, as the price per ounce goes up the mines start digging up more and more of the stuff, creating even more pollution of the delicate ecosystem (huge quantities of cyanide are used to leach gold ore).Second, because of its value, most of the gold that has ever been produced is still extant, so it is certainly not scarce – there are endless amounts of it stored by banks everywhere.66

Art, on the other hand, can be rare, and special, as well as hard to find and hard to get. As a bonus, when trying to acquire it, you can meet lots of interesting people: curators, collectors, dealers, socialites and perhaps a movie star. You get to enjoy fabulous occasions like the Venice Biennale with them and you may enjoy the shows enough to one day hoof it alone. Art also has a real purpose. Though some would claim it is mainly decorative, in fact it is of much broader cultural value, in the same way that Beethoven, Balanchine or Bergman’s work has purpose: it satisfies something in the mind and the soul. The Gold Bug will correctly point out that art is imperfect, since no two works of art are exactly alike, whereas two ounces of gold are indistinguishable. But a gold bar never invited me to a cocktail or a preview or even a canapé, so I’ll stubbornly stick to my paintings, at least for now.

The two are linked in another unspoken but subliminal way: they are both luxury items – the value of gold and art are both conceptual, they have no intrinsic economic value. Artists throughout history have picked up on this: Andy Warhol did gold “Jackies”, Yves Klein did gold paintings, Damien Hirst did gold pill cabinets and Murakami made a huge Gold Buddha for Versailles. Of course, they didn’t use real gold, only gold leaf or gold paint, but they did play with the notion of art as gold to attract wealthy “golden” collectors, a double entendre about art and value, no doubt.

Has my art been as good an investment as gold, and do I have a golden touch? Well, it depends on which art, because the concept of an “art market” is an aggregation of mini-markets. Every artist has his own market, and though the value of works by similar artists can go up and down as a group, each individual case remains somewhat unique.

Contrary to pop wisdom, selling is not always as easy as it seems since often nobody wants what you have, or nobody wants to pay you what you think a work is worth. That ounce of gold on the other hand is 100% predictable: it goes up just like every other one or down like the rest, so you can sell it in a split second on your computer and there’s no dealer to hassle you about it or an artist you’ve met who will be insulted. Win or lose, owning gold won’t give you a headache.

Today we hear so much talk of art as commodity, and art as investment, and of course it’s all perfectly true. But as [dealer] Larry Gagosian once said to me: “An art investment can also be a bad investment.” I don’t feel I have ever bought an “art investment”. I buy art when I’m convinced it’s great, and if it turns out to be a good investment, that’s a double win.

Perhaps gold is indeed more pure in that sense since you wouldn’t buy it just to look at. After all, they do call it “pure gold”, whereas no one ever tried to sell me “pure art” – and of course I wouldn’t want it if it were. So, if you have the money, and you want to own solid bars of it, and watch it appreciate, without a learning curve or a sales story, I guess I will concede defeat: gold wins. Lock it up in the safe and if you are lucky soon something terrible will happen in the world. I hear it’s on its way to $2,000an ounce. Meanwhile, I’ll stick to art and, though it isn’t as good an investment, I’ll still get a better return.