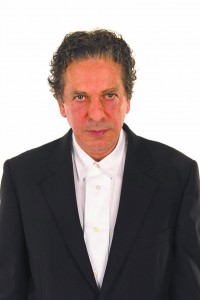 I owe a lot to Charles Saatchi. Most contemporary art collectors do. Though he’s hard to find, and almost impossible to gain access to, his influence has been felt everywhere in the art world. My visit to the “Sensation!” show at the Brooklyn Museum in 1999 was a formative experience, particularly seeing the Damien Hirst shark and the ridiculous controversy (remember Mayor Giuliani’s outrage?) over Chris Ofili’s dung-bearing Mother Mary painting. Recently, it was announced that the great new Saatchi Gallery was going to be gifted to the city of London, along with some £35 million in art, plus artist Tracey Emin’s infamous Bed. As soon as the deal was announced, it broke down, and we’ve heard no news since. But it’s a major saga, this aborted swan song of Charles Saatchi, and it deserves a little rethinking of what his legacy will be.

Not everything the London collector buys can he sell, and these days he seems to be selling just about anything he can.

Whenever the ad mogul’s name comes up, dealers, collectors and auction houses think dollars, pounds and euros in large quantities. The well-worn myth is that Charles Saatchi picks up artists still in art school, buys their work for a hundred dollars and sells it at Phillips de Pury auction house for hundreds of thousands (it’s exactly this sort of get-rich-quick promise that fuels much of the excitement in the media over this week’s auctions.) We’ve often heard that his business practices are adversarial and lacking in proper respect for young artists and their markets–yet somehow his enterprise is ridiculously profitable. This is indeed a great story, and great marketing, and much of it may have happened at some point. But I don’t see that stuff happening much anymore; the market is less willing to absorb new works flipped for premiums.  But When it comes to Mr. Saatchi, my ever doubting mind has often wondered how much of this was ever true, and, if so, in exactly what amounts.

I recently purchased The Saatchi Collection, a book in four parts that catalogs all the great works he owned in the ’80s, and yes, it was amazing, the best Warhol Marilyns and disaster paintings, the best of Donald Judd, Carl Andre, Cy Twombly, Anselm Kiefer and so many more. There are a few market duds in there, and, no, he didn’t have a good Gerhard Richter or Roy Lichtenstein, but he did have a collection that today would be worth well over a $1 billion. And where is it now? All sold long ago. (Much of what’s in the book has shown up at auction, or somewhere else outside of the Saatchi collection.) He sold it all in the early ’90s, before the market ever took off.

Then the former master adman found a bunch of young British artists, created a giddily successful concept now known as the YBAs (young British artists, of course) and toured them around the world. He almost single-handedly created a global market for Gary Hume, Marc Quinn, Rachel Whiteread, the Chapman brothers, Sarah Lucas, Chris Ofili and of course the inimitable Damien Hirst.

Most of these artists went on to have successful careers off their mega-launch, and though Charles Saatchi is famously quoted as saying that only Damien Hirst will remain in the history books, so far all of them have maintained traction in the market. Where is all that work now? Sold, and at a huge profit–but not anywhere near the market top. Indeed, when Mr. Saatchi sold the great Hirst shark, The Physical Impossibility of Death in the Mind of Someone Living, for a reported $8 million in 2004, it was big news. But in 2007 his Lullaby Spring, a pill cabinet not nearly as important, made $19.5 million, so the shark price didn’t look so “sensational” anymore. Moreover, he flipped proceeds into Chinese contemporary art–buying in that category near the top–and also into the 70,000-square-foot Chelsea (London) Gallery that he’s apparently trying to offload. It’s funny: Nobody who buys into the Charles Saatchi myth has ever spent much time considering what it actually costs to maintain, curate, install, insure and program the Saatchi Gallery.

The gallery’s Web site is supposedly very popular, but I for one have never found it very user friendly. But it does provide two very significant clues to what’s really happening with the gallery today. Two books have been published by that gallery in the past two years: Germania: New Art From Germany and The Shape of Things to Come: Abstract Art America 2, both created for shows that never materialized. (Normally you do the show and put out the catalog at the same time.) What’s revealing, though, is that we’ve seen some artfrom these books sold at auction already, so this would indicate the shows will probably never happen. When does one sell the art in the show before doing the show? When the piggybank runs low.

It’s always dangerous to speculate about someone else’s pocketbook, of course, but check the math: Though there was much ballyhoo when a large Sterling Ruby painting sold in London last month for more than £300,000 which Mr. Saatchi may have bought for a third of that, almost everyone missed his large Banks Violette installation that was quietly withdrawn to avoid being “bought-in.”

Yes, it’s true, not everything the London collector buys can he sell, and these days he seems to be selling just about anything he can. Combine that with the fact that he’s trying to jettison the gallery, along with a relatively small gift of unsellable art, and this leads us to the conclusion that Mr. Saatchi either can no longer afford to be in this art environment or else he no longer wants to pay to be Charles Saatchi. And who can blame him, really? He did it for years, and his timing was great on the buying side, but he always sold way too soon. Of course, he had to, in order to help pay for the next show, the new gallery, the new Web site and on and on.

What does it all mean at this point? That he owned it, sold it, and nothing meaningful is left? That’s not true. He created an entire contemporary art scene in London, and the successful Frieze art fair, the mega-galleries and the collectors flying in from all over the world owe much to him. His success is in “being Charles Saatchi”–the myth, not the man. But it’s expensive to be Charles Saatchi, and he’s managed it for years very skillfully. It also costs a lot of money to keep the Saatchi Gallery open. So I hope the city of London steps in and carries the ball from here. Then Charles Saatchi should be knighted by the queen, an honorary title generally awarded for public service, which he has generously provided to the London art world and beyond.

With the myth of Charles Saatchi in its sunset, will the man get the respect he deserves? It’s the appearance of speculation and profiteering that has long kept him from receiving it. But the facts, and art history, are on his side.