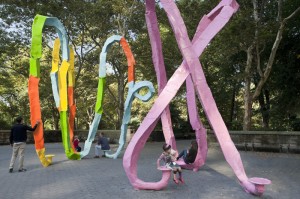 Clichés die hard and slow, mainly because most people simplify things in order to process them. When it comes to art collecting, people love to talk up the storied collectors of old to give hope to new art buyers. Consider the oft-told tale of Herb and Dorothy Vogel, a retired postal clerk and an ex-librarian who famously pooled their very limited resources and collected thousands of artworks over 45 years, then gave it all to the National Gallery of Art. The Vogels did it, “and you can, too,” goes the stereotypical refrain. But the truth is that art dealers have no time for layaway payment plans today. Successful artists and their dealers have plenty of options. So instead of trying to follow what someone else did in 1982, you need to build your own mousetrap. For that, it helps to look at the collecting styles and specific strategies of some of today’s art collectors.

One way to get access to the best artworks is to open a private exhibition space to both showcase emerging artists and confirm the status of established market favorites. An example of a private exhibition changing the course of art history is the case of master ad man Charles Saatchi, who handily succeeded in creating a role for himself of art collector/kingmaker. Early on, he owned great Donald Judds, Andy Warhols and more, and sold most of it in order to start buying and showing newer art at his London gallery, flipping over and over again. But it was when he created and exhibited a group of young artists he branded the YBA (Young British Artists) that he pioneered this important trend of privately sponsored exhibitions. He succeeded in having his private holdings exhibited-the show was aptly called “Sensation”-at the Royal Academy in 1997, the Hamburger Bahnhof in ’98 and the Brooklyn Museum of Art in ’99. The controversial show propelled several of the YBA artists into major-league market stardom. Fifteen years later, their ringleader, Damien Hirst, is the king of the art-market machine; Chris Ofili has a full-blown retrospective at the Tate Museum; and several others, like Marc Quinn, Rachel Whiteread and Tracey Emin, still have healthy careers. Clearly, Mr. Saatchi chose good art, but we can only speculate where those artists would have been without “Sensation.”

Don and Mera Rubell went a different route. In 2002, when Art Basel launched its annual Miami art fair, a few collectors joined in to exhibit their private collections to the thousands of partygoers, collectors and scenesters who came to town. The Rubells seized this opportunity and, mingling good timing with an attention-getting location, opened a private building in Miami to exhibit their recent art acquisitions. Exhibitions of Neo Rauch, Kelley Walker and Wade Guyton, or local Miami favorite Hernan Bas, were influential in creating awareness and consensus about the value of their work. Of the Miami private annual exhibitions only the annual Rubell exhibition became a required stop on the Art Basel Miami tour, and shows like 2008′s “30 Americans” were given the attention normally accorded museum exhibitions. The same show anywhere else, any other time of year, would never have achieved the same critical mass. The Rubells did on a relatively modest budget what most contemporary museums could not do with triple the resources.

In Europe, one of the most powerful collectors today is luxury goods magnate François Pinault, owner of Christie’s. During the last Venice Biennale, he filled two beautiful buildings, his spectacular Palazzo Grassi and the refurbished Dogana, with his selection of 20th-century art. These shows displayed major works from established artists like Richard Prince and Maurizio Cattelan, all the way back to Mark Rothko. But alongside them, artists like Rudy Stingel were given somewhat overdue recognition, and emerging stars like Anselm Reyle were showcased. The spillover effect was tangible-a young artist like Mathew Day Jackson went from relative unknown at last summer’s Pinault show to million-dollar result at auction in London in February.

Peter Norton, of the household-name computer program Norton Utilities, also exerted considerable influence when he was collecting more actively. Mr. Norton jumped into art collecting in the 1980s. He became active and high-profile in museum philanthropy and started buying large quantities of very promising contemporary work at a great time in the art-market cycle. Next, he hired influential curators to do keenly watched installations of his works at his house. Suddenly, his patronage became an important credential in marketing and positioning young work to other collectors. Then he came up with a unique, now famous idea: the Norton Family Christmas gift. Each year, a new artist is selected (Kara Walker and Takashi Murakami were early picks), and an extensive list of art-world movers and shakers receive a small work by that artist as a gift. It became important to see whom Mr. Norton was selecting, as well as who got on the list, so the gift had two meanings-neither of which was lost on the art world.

Publisher Peter Brant, meanwhile, has been a shrewd collector for years. He bought Warhol in the early 1990s when prices were soft; then he bought Jean-Michel Basquiat when few were interested. In the late ’90s, he bought great, large-scale work by Jeff Koons when the broader market wasn’t paying attention. His big spending and contrarian collecting has earned him the friendship of artists; the respect of some other collectors who follow his lead; and a coterie of dealers who track his every move like a pied piper. Last year, he opened a foundation space in Connecticut and exhibited highlights of his collection to the public for the first time. It featured top works by Richard Prince, Cindy Sherman, Paul McCarthy, Mike Kelley and more. His stated plans to do single-artist shows of emerging artists will likely ensure he continues to influence the art market.

Today, when it comes to collecting art, buying well is not enough. Many collectors who have spent the money and done shows of works they own still do not garner credibility; they remain buyers of art trophies but never makers of art trophies. To make the leap requires a creative and focused approach to dealer relationships; museum patronage; focused exhibition strategies-and significant capital. The reward, beyond the art itself, is that thoughtful collectors can have more of an impact than before: in setting prices, influencing dealer and museum programming, weighing in on new discoveries and confirming reputations. The art market has totally changed, and for the good. No need to be nostalgic.